See in this blogpost how we have further improved our extensions for visual scheduling in 365 Business Central.

The sequence of operations in BC is determined by routings (and reservations). If a production order is created or recalculated, the operations are arranged according to these specifications. In the planning board, these operations can be moved in relation to each other, thus perhaps causing sequence violations.
The VPS now draws attention to these "not allowed" overlaps by symbols at the concerned elements and in the table part, where the information is "passed up" to the parents in order to indicate the overlap even in collapsed state or when the element is scrolled out of view.

The meaning of the symbols in detail:

We have added a few new events so that the API is constantly growing more powerful.

For the VJS, we have done a lot of internal housekeeping and streamlining. Besides, we have implemented the following new feature:

Link conflicts are now indicated by a warning symbol on the participating element, its parent elements and in the table header. Thus, the planner immediately recognizes conflicts that need solving either by manually dragging the operation or by the "Schedule successors" function. 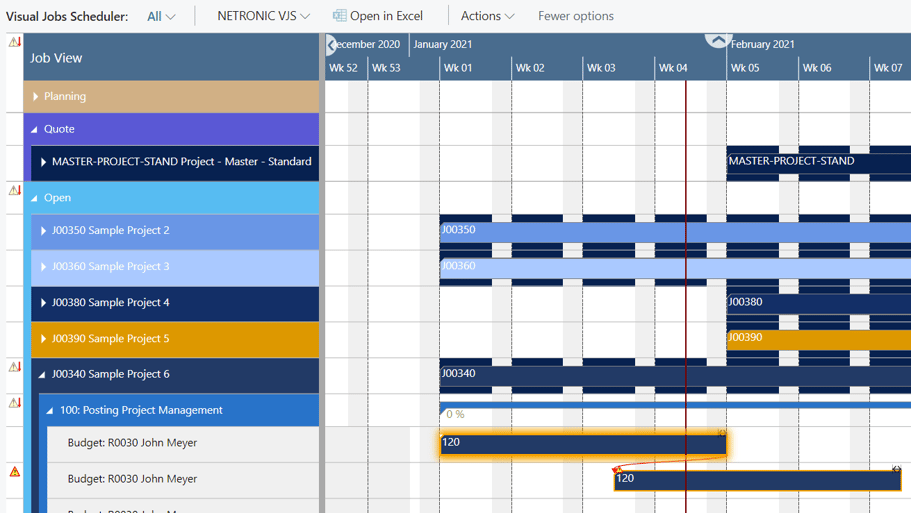 The option gets activated in the "General" area of the VJS "User setup" dialog:

The meaning of the symbols in detail:

And now enjoy the new features. For more details on the new (and, of course, also on the old) features, read the release notes and browse our knowledge base.