How does finite capacity scheduling look like? - VAPS explained

Announcing the VAPS came with great results, but also with the question from partners and planners to "What is finite capacity scheduling?"

This means: each machine can work only on one operation at a given point of time.

In this blog we will show you a quick example to how finite capacity looks like in Business Central when working with our Visual Advanced Production Scheduler. 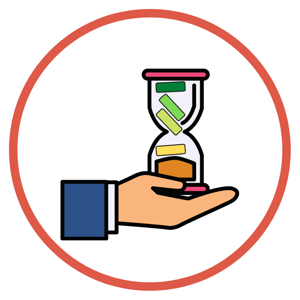 Finite capacity makes sure you never overload machine centers. To achieve this, any change in the schedule triggers the automatic recalculation of the entire schedule. This principle applies to all routings: whether it’s a simplex routing, a complex one, a serial or parallel routing. The VAPS may push operations in time to postpone their start according to the set up the planner has decided.

For this example, we will delay the start of one operation to see how this impacts other operations on the same machine.

Step 2. Due to the material of the production order 101015 arriving a little late, this order won’t be started on time, but instead 2:05 hours late. We can see the new start with the dotted line.

In standard Business Central where machine centers have infinite capacity, your operations would overlap each other. You’d see two operations working at the same time. Looking something like this:

However, as the VAPS only allows one production order per machine center at any point of time, this will not happen. The VAPS will consider the following:

If you're interested in learning more on how the Visual Advanced Production Scheduler can help you scheduling make sure to send us a message or book demo!