Release 1.5 of Visual Advanced Production Scheduler for Dynamics 365 BC

Shortly before Easter, we released version 1.5 of our Visual Advanced Production Scheduler (VAPS), the only available finite capacity scheduler that fully integrates with the manufacturing module of Microsoft Dynamics 365 Business Central. This version has already been approved by Microsoft and can be downloaded from AppSource as of now.

See below the new features that will further facilitate your work with the VAPS.

The VAPS was enhanced by the Production Order View as you know it from the Visual Production Scheduler (VPS). 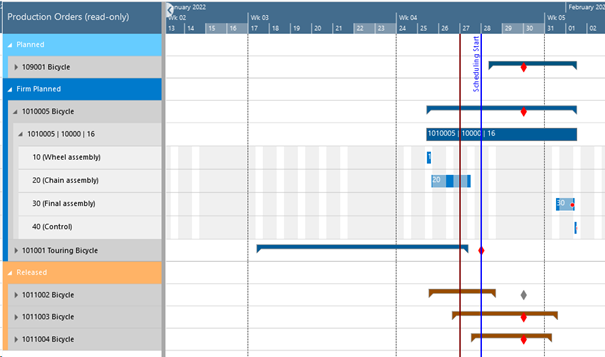 The new view shows production orders categorized by status, the categories being indicated by different colors:

As said: this is similar to what you are used to from the VPS. The only difference is that we kept the Production Order View as read-only within the VAPS. Due to the nature as finite capacity scheduler, any drag & drop of an operation can have significant impacts on (many) other orders and we want users to see them immediately when they happen. Hence, we keep the Capacity View the only view in which we allow changes.

Hence, with the current release, the feature got extended and now the pinned operation can be moved without unpinning it.

For this, we added a new item to the context menu: 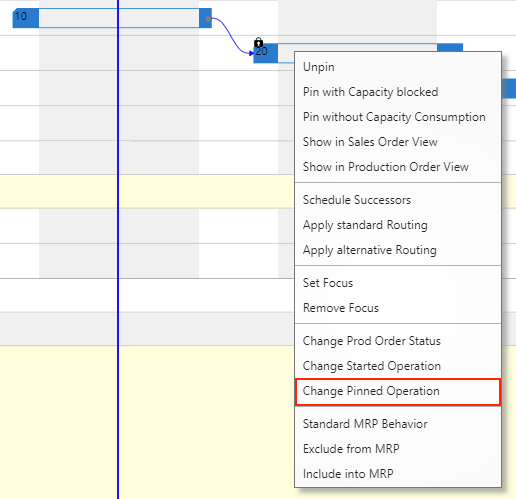 The according operation gets a red frame and can now be moved without any restrictions.

This means that it also can get placed manually in a way the automatic scheduler would never place it. For example, you now can drag & drop a pinned operation so that the start date of the successor is before the end date of the predecessor.

#3 Fill idle times on a single work or machine center 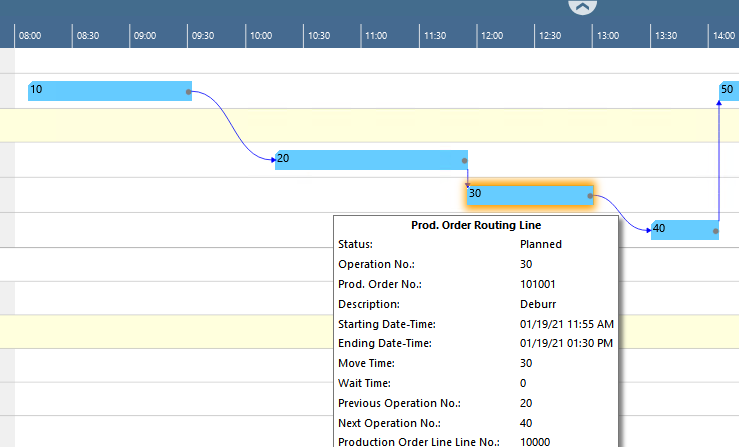 And now enjoy testing the new functions and enhancements! As always, the complete release information can be found in the respective release notes.

Want to take a deeper dive into the VAPS?