As of now, our product strategy was exactly this. A strategy to build products. Precisely: visual scheduling extensions for Microsoft Dynamics 365 Business Central.

For a long while, we have been adding capabilities to our products so that users could individualize them. Examples are:

However, we still oftentimes face the situation that customers want this, and partners request that. And, of course, the typical answer to this has been: "Well, we can do this. But, this is non-standard and hence we need to develop customizations for you."

Customizations feel a bit "old school"... especially as Microsoft actually built the entire Business Central system in a way that customers and partners can enhance it by extensions. These extensions obviously can become repeatable and standardized, and hence they do not create any road blockers in terms of future upgrades. (by the way: In my humble view, the lack of upgradability has been proved to be THE core problem with customizations).

Consequently, we decided to follow the example that Microsoft gave. We make our extensions extensible so that we can support achieving customized user experiences while keeping standardization and upgradability.

Or, to say it with the words of my colleague Klaus:

"This is the first step from being a product to becoming a tool."

What did we do to make our scheduling extensions extensible? 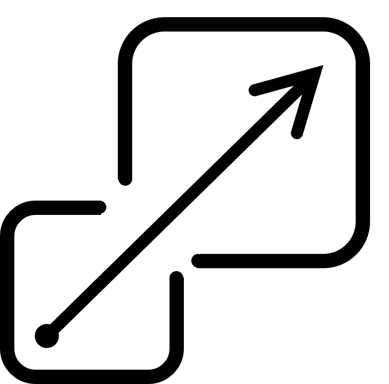 Well, to say it as short as I can: We started to build a documented API for our scheduling extensions:

With this, partners and customers can build extensions based on our extensions … and provide extended (and/or customized) user experiences. And by the way. the example above may sound silly. However, with the just-released new version of the Visual Production Scheduler, you can develop an extension that exactly does this :-)

If you are interested in more examples, have a look at the recorded webinar (as of 29 April 2021). Going forward, we enhance the scope of our regular product releases. From now on, every release should contain:

How did we start to make our extensions extensible?

Rome was not built in one day. Hence, versions 1.10 of VPS and VJS and version 1.5 of the VAPS mark the first step of making our scheduling extension extensible. We decided to start and pilot this new approach with the Visual Production Scheduler.

Here is what we released:

All in all, I am pretty excited about the new capabilities that these events and functions bring. In addition to this, the concept of making our extensions extensible allow us, on the one hand, to continue developing products (with all the advantages for us and our customer). On the other hand, this approach opens the way to interesting individualization and customizations of our extensions ... while still keeping them upgradable.

The first - and important - step is made, and many more are to follow.